This entry was originally titled Kale Braised in Coconut Milk and was published back on January 26, 2012. Since then I have tweaked the recipe and arrived at a point where I could say, “This is even better!” So here it is, dear readers. Let’s turn the hardy green leaves into a tender and flavorful dish.

Almost a decade ago, a good friend introduced me to kale. Originally, we wanted to cook braised cassava leaves in spices and coconut milk (gulai daun singkong), a native dish to the West Sumatrans, but could not find the vegetable in Michigan. My friend believed Kale’s texture and taste would work for the dish we wanted to make. And OH WOW, did it work great!  Since then on this super vegetable has been one of my regular side dish menus.

Both Jeff and I love this dish. It is spicy but yet there’s also a little sweetness that comes from the mixture of red bell pepper, shallots, and coconut milk.

Great with rice and a grilled chicken or a beef dish. 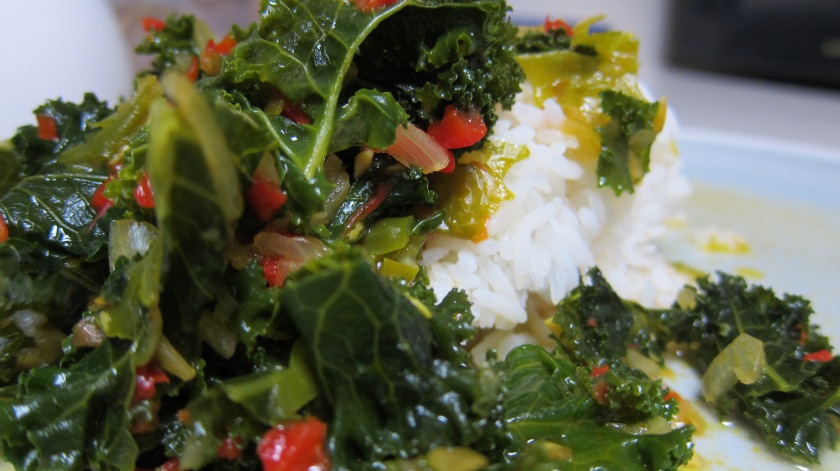 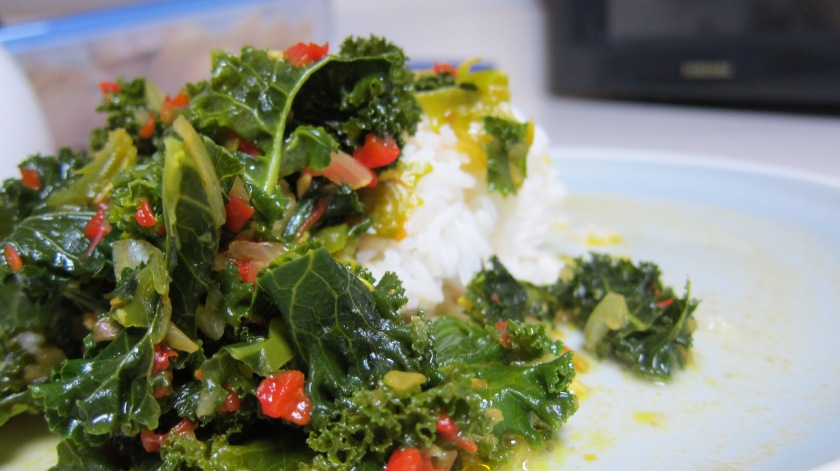